Guide to Visiting the Salona Roman Ruins from Split

Not satisfied with inner city history during your visit to Split, Croatia? Take a 30 minute bus inland to see the Salona Roman ruins!

During our 4 day trip to Split we found ourselves with a spare afternoon. It was a tough choice between visiting a museum or art gallery and heading out to see the ruins. The main factor that felt more challenging to reach the ruins was the finding the right transport to get us there! Luckily, we figured it out and it was much easier than expected.

How to Get to the Salona Roman Ruins

You can also catch bus routes 2 or 37 (heading for the airport) but they will only take you to the southern side of the ruins. The only official entrance is at the northern side.

The theatre opposite the bus stop in Split

At the entrance, you’ll pay 40 hrk per person to visit the site. This ticket is also valid for the Archeological Museum in Split.

To return to Split, check the bus times and wait on the opposite side of the road from where you hopped off. Most buses in this direction will be going back to Split, but if in doubt ask the driver.

Key Things To Know About the Salona Roman Ruins

Why visit the Salona Roman ruins?

Salona was once a thriving ancient city, the capital of the Roman province of Dalmatia, and the fourth biggest city of the Roman Empire at the time. Although Salona is mentioned as far back as the 7th Century BC, it became more prominent during the Roman reign which we see the ruins of today. 60,000 people called the area home until it was destroyed and abandoned in the 7th Century during the invasion of the Avars and Croats.

Despite the area being one of the best and largest archeological examples of the Roman Empire, much of the area is lacking preservation. You might struggle to believe it’s as an important site as it is. There are few staff around, minimal information available, and it’s a very under-appreciated site. Luckily, things have started to change with more renovations and restorations recently.

The benefit to the site being so casually maintained is you can really get in amongst the ruins. You can walk freely anywhere, right up to and inside the ruins. Please be respectful and mindful of this as a historic site, though. Don’t vandalise or cause any damage!

What to see at the Salona Roman ruins

As expected for a town in the Roman Empire, Salona has many of the features we associate with this time. There are public baths, an amphitheatre and theatre, a forum, an aqueduct system, and several religious buildings.

For more details on the historical significance of Salona, check out this website.

At the start of your visit you’ll pass the Manastirine Necropolis which is a well-preserved cemetery.  Walking down the hillside, you’ll see the expansive city ruins spread across the land. St Domnius, the patron saint of Split, was once buried here but later moved to the cathedral in Split.

At the site, there is a small 19th century “museum” you can visit which is mostly a gift shop and ticket office. Outside the museum is a small but charming garden with fantastic views from the hillside. I’d say unless you’re really keen on getting a souvenir to skip this bit and enjoy the garden instead!

If you’re after a more informative museum experience, use your ticket to visit the Archeological Museum of Split instead. Your entry cost covers both!

Further down the road and you’ll be right in the middle of all the ruins. The city walls run around the perimeter of the ruins which are sunken lower into the ground. Although they don’t look like much now, they were once fortified with at least 90 towers from 170 AD!

Down the steps, and you’ll be right inside the ancient ruins. Here, you’ll find this main section of the Salona city ruins is mostly made up of religious buildings. The Episcopal Centre was built in the 4th-5th Century AD when Christianity became the official religion of the empire (which came after years of persecution and oppression).

Within these ruins are 2 basilicas dedicated to Christian martyrs and a baptistery. It’s even thought that the early Christians would meet here in secret!

Porta Caesarea (Caesar’s Gate) is further south west of the main section of ruins, and separates “old” and “new” Salona. The gate had 2 octagonal towers with three passages used for either carriages or pedestrians. Here you can see evidence of the Roman aqueduct too.

Also in the main area is the thermae from the 2nd Century AD. Walk through what was once the public baths, an iconic feature of Roman life, and imagine what it would have been like to be a resident here so long ago.

Possibly the main attraction of the ruins is the amphitheatre. Although small by Roman standards, this would have seated up to 18,000 spectators at gladiator games and other events. Walk right into the arena and step back in time – it’s a pretty amazing moment to experience. There are some staff guarding the amphitheatre, so they might ask to see your ticket before you wander around.

The amphitheatre was built in the 2nd Century AD and had an impressive 3 floors and canvas roof capabilities! Sadly, much of the amphitheatre was destroyed by Venetians in the 17th Century. Nonetheless, it’s a marvellous piece of history.

In my opinions, the amphitheatre is the best bit. You really get a sense of the scale and as you can easily tell what the remains would have been (entrances, seating, etc) you can picture what life would have been like a little bit better. When the backdrop is a choice between looming mountains or sweeping views to the coast it must have been quite dramatic to attend events there!

Additional areas of the ruins that we visited included:

Getting Around the Salona Ruins

There are no paved paths so this isn’t ideal for anyone using a wheelchair or walking aide. Wear sturdy shoes and be prepared for a lot of walking! Also, try not to stray from paths or clear areas of land. There may be snakes in the taller grasses during summer months.

There are very few clearly marked paths around the ruins. The few signposts to direct you around can easily be missed if you’re not looking for them…

It might be easy to get lost due to the limited directions. I would consider the park in 4 main sections:

Generally, most of the ruins are surrounded by farmland and olive groves now. The divide between private land and public space of the ruins seems unclear. With a blur between where we could and couldn’t go we tried to stick to main paths and not end up in someone’s back garden!

A visit to Salona is a worthwhile experience while you stay in Split. It’s easy to get to and an impressive site to explore. Be sure to read up with your own research to learn about what you’re seeing!

Looking for more info on your trip to Croatia? Check out my Croatia travel guide and 10 day interary!

Pin it for later!

Welcome to Suzy Stories! I’m Suzy, a 20-something year old gal from London exploring the world one story at a time.

New Zealand – A Week in Queenstown

Share your story or add your thoughts! Cancel reply 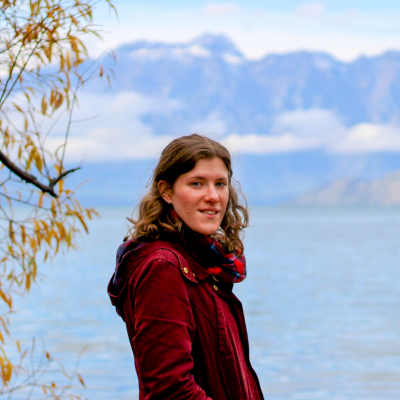 Welcome to Suzy Stories! I’m Suzy, a 20-something gal from London living in Perth exploring the world one story at a time.

The otherworldly-ness of the world at the moment r

If I were a kangaroo What would I do? I’d hop a

“Adapt or perish, now as ever, is nature’s ine

Sneak peek of my plans this weekend: 😴 Anyone

Are you feeling more sunset glow or ocean wave tod

The otherworldly-ness of the world at the moment r

If I were a kangaroo What would I do? I’d hop a

“Adapt or perish, now as ever, is nature’s ine

Sneak peek of my plans this weekend: 😴 Anyone

Are you feeling more sunset glow or ocean wave tod